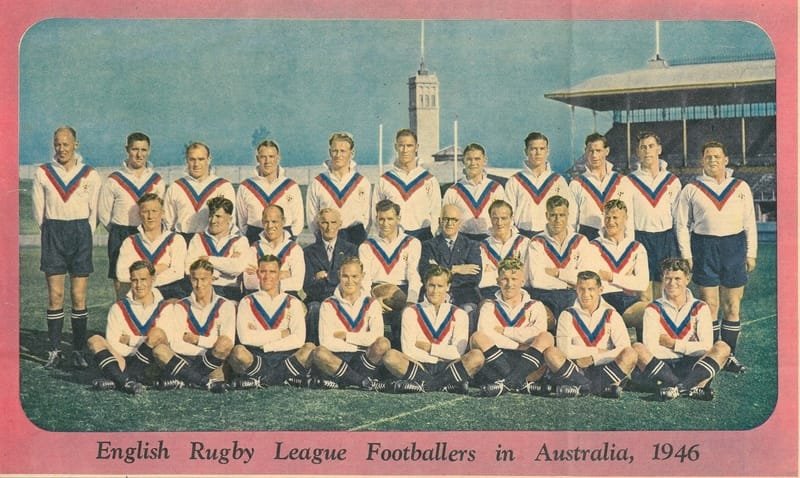 The Great Britain 1946 “Indomitables” visited WA in April 1946. Rugby league was 2 years off being launched in Western Australia.

They may well of had the honour of playing the first official game of Rugby league in WA. The game was organised at Fremantle Oval and the GB side was separated into two teams and it was Blues vs Reds .The great English journalist and commentator Eddie Waring was the referee

The England /GB side came back to WA in 1950/ 1957/1958 /62 and 1975 and since then BARLA sides have toured. They drew the first test against Australia 8 all in Sydney where the gates had to be closed early and a crowd of 64,567 attended. The gates were open at 9.00am as the NSWRL staged a knockout comp. of the 8 first grade teams before the match 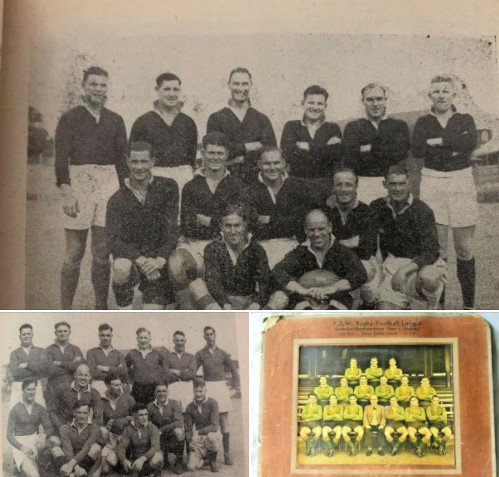