The Four Foundation Clubs were Fremantle, South Perth, Cottesloe, and Perth although Palmyra started but lasted only 2 rounds of games having the bye in the first round.

By 1949 two more clubs had joined in Applecross and Eastern Suburbs. Victoria Park entered the reserves competition in 1949.

Applecross also enter a side part way through 1948 in the juniors.

Listed  are some of the names of the first pioneers who played for the foundation clubs. 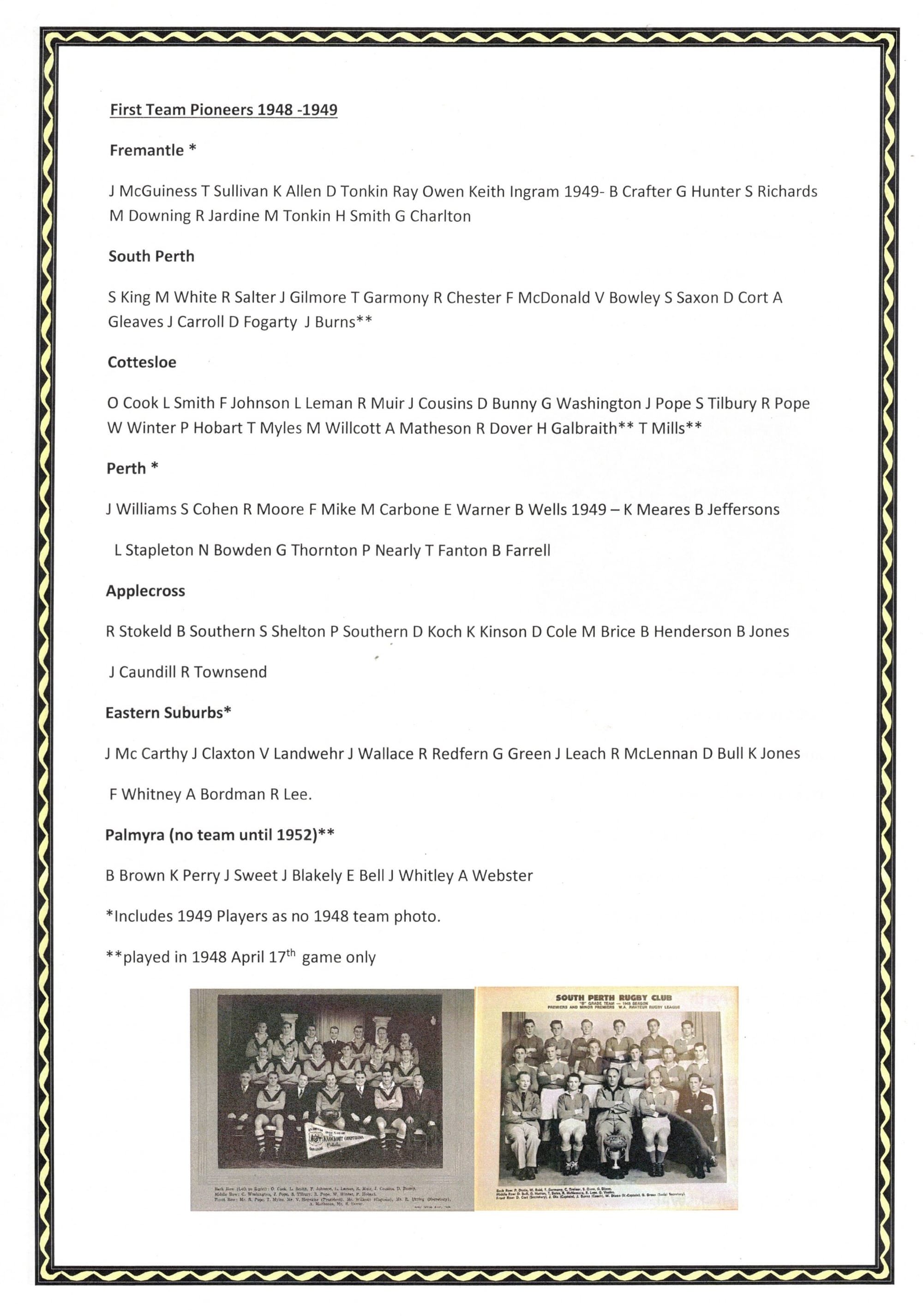