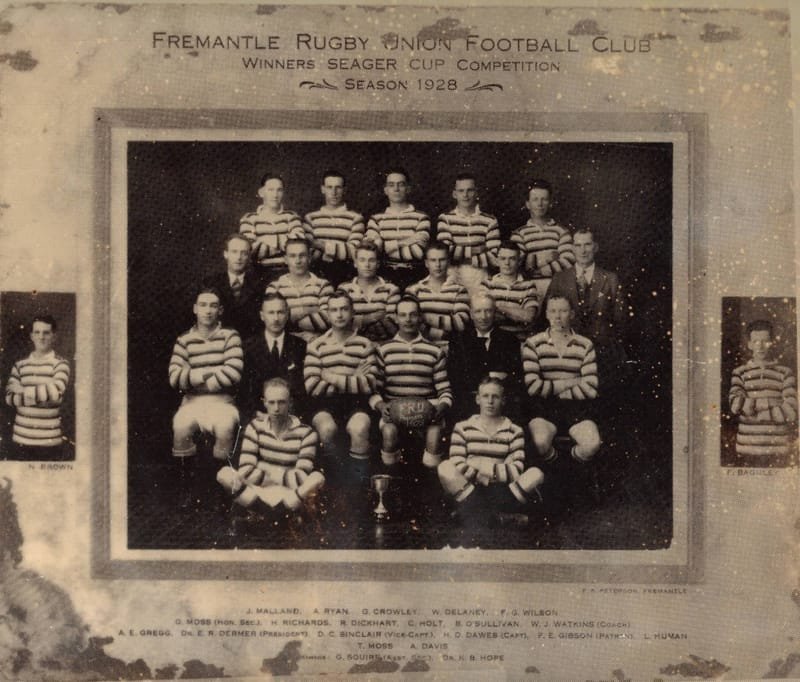 Club Rugby  was played in WA commencing in or around 1881 with the first club being “High School” which was the predecessor to “Hale School”. Between 1882-1884 Rugby was played in an ad hoc way between four clubs – Fremantle, Perth,  Perth Rovers, and High School predominately. There was also another club in the Fremantle area called Schoolboys. Most matches were played on the new Perth Recreation (Esplanade) ground 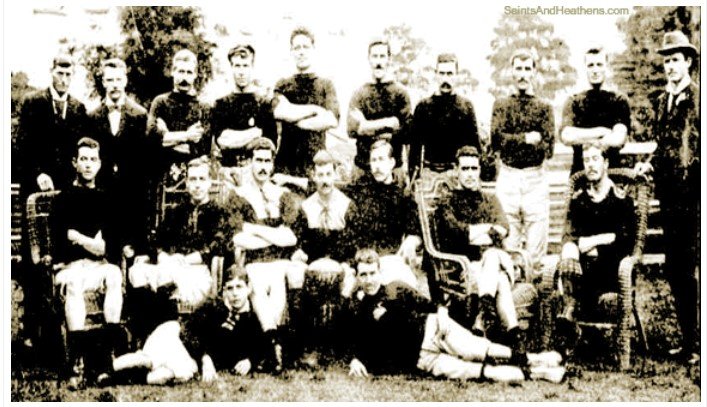 In 1885 after becoming disillusioned with Rugby Union, and the lack of administration, and indeed a controlling body, the clubs decided to take on Victorian Rules after fearing they may have no one to play against. The West Australian News also pushed this take up of Victorian Rules. The take up of Australian Rules in Western Australia to a degree was the result of Rugby Union not providing a viable competition.

The influx of New Zealanders , New South Welshmen and Queenslanders during the gold rushes of 1890s saw  Rugby  played in the Goldfields in the early 1900's as this article confirms (source-Trove 1902 ) 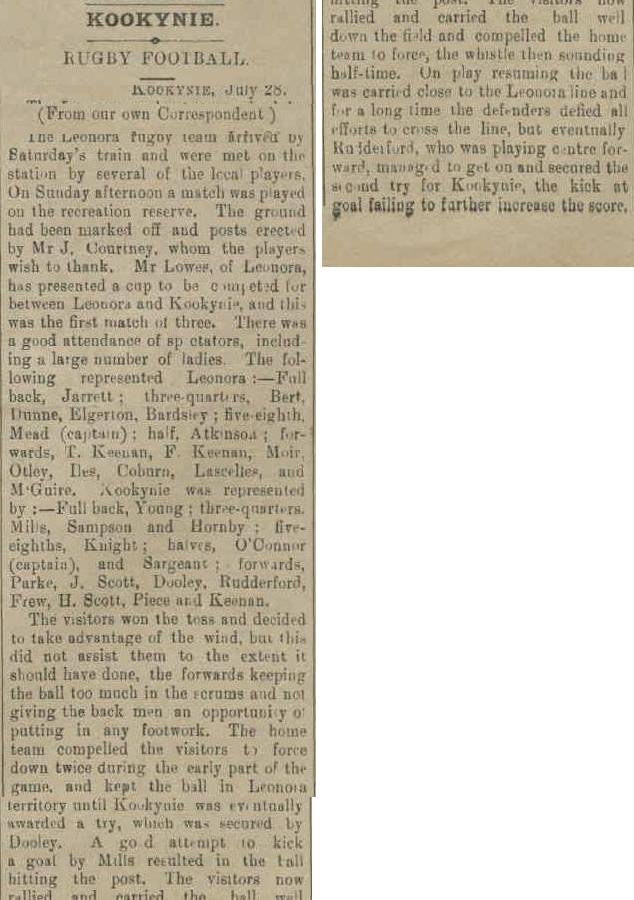 Fremantle who started as a Rugby Union Club in 1882 became Fremantle Football Club playing under Victorian Rules and it wasn’t until 1928 that they reformed again as a Rugby Club.

It traces the history of both codes in the 1880’s and the clubs that existed who played an unorganised competition around the Fremantle and Perth areas.

In 1906 there was a Rugby competition played in Perth involving teams from around the Perth, Fremantle, and Claremont area.(source Trove 1906) 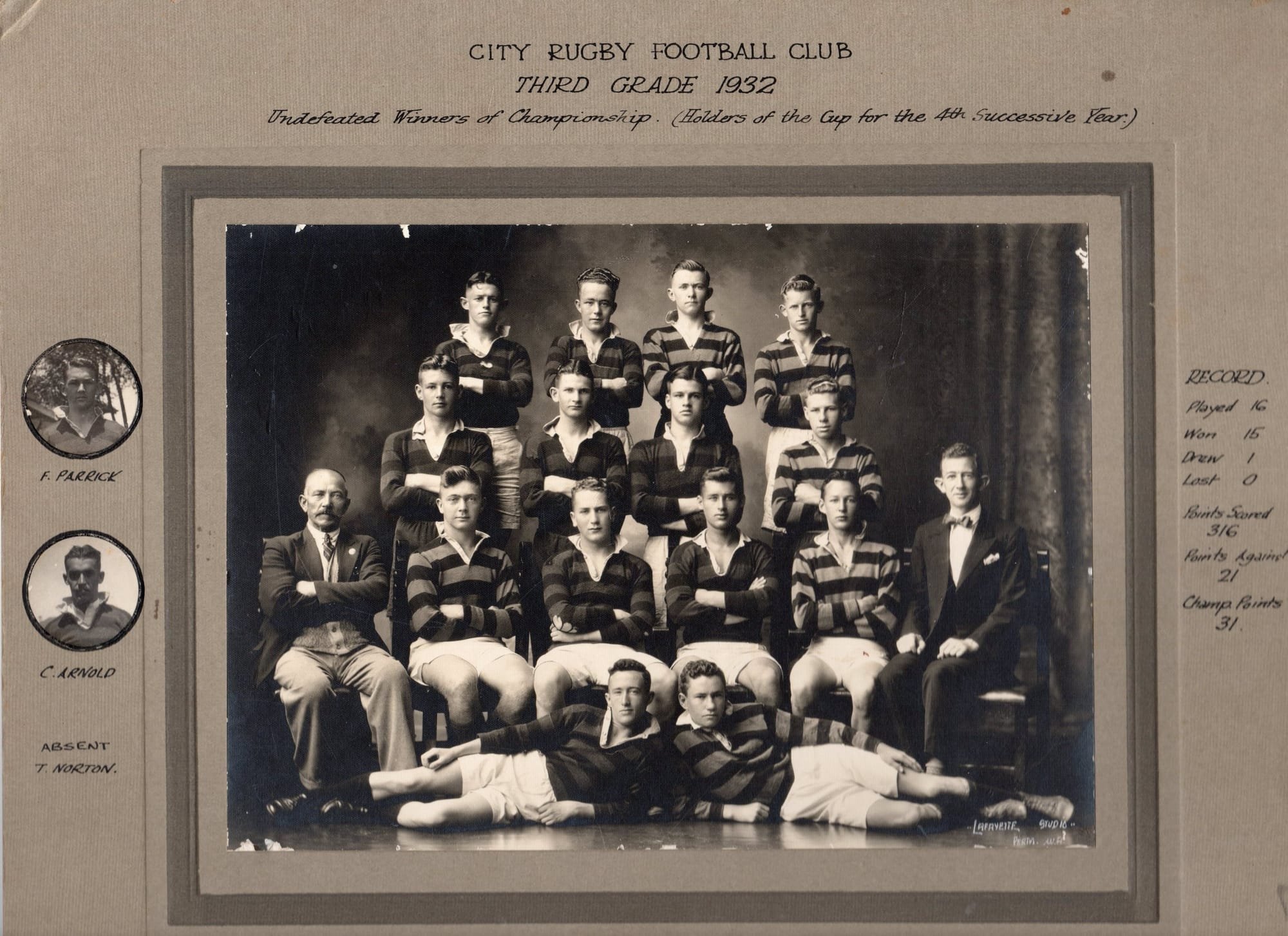 In 1926 Gordon Squires, who had moved here from Sydney, from an account in the History of South Perth Rugby League written by Alf Shaffer ,organised a Rugby League competition around the Fremantle area which lasted around two years but when the depression hit the game folded. He later became a founding member and secretary of the Fremantle Rugby Club which reformed in 1928.

In 1928 City Rugby Club was formed however the club may well be traced right back to 1882 when a City Rovers rugby club played High (Hale) School as part of the Rugby competition at the time. There was a South Perth club formed in 1931 also but they folded in 1933.

As mentioned, Fremantle also had a competition going in 1882 and played within their districts, or in an ad hoc way with Perth clubs, as travelling between Perth and Fremantle in the 1880's was either by horse or boat.

In 1935 City merged with 2 clubs - Athletic and Northern Suburbs and they formed the South Perth Rugby Club. They trained at the Esplanade. The club was named South Perth as the patron of the club at the time was a South Perth councillor.

In 1948 both clubs, Fremantle and South Perth, switched to Rugby League.