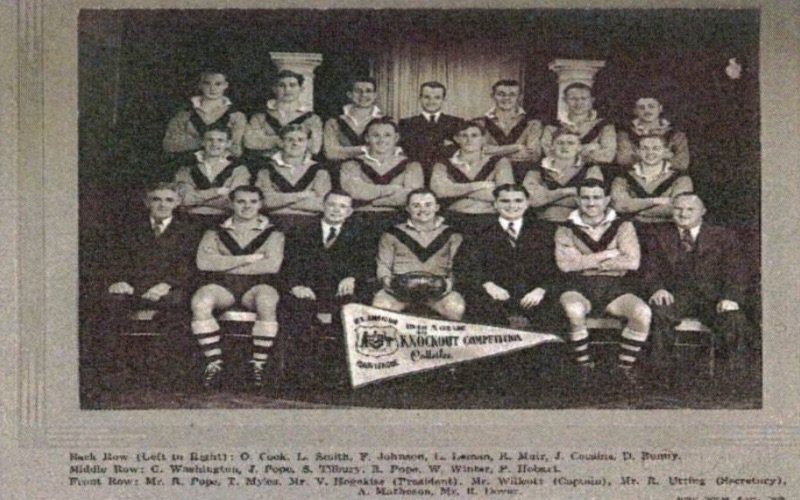 Alex Matheson speaking at the 50th Anniversary of the Cottesloe Rugby league Club described the early days as 'tough' but Cottesloe had a lot of fine fellows with dual aims of winning games and having a good club.

Through the summer of 1948 Alex explained he attended many meetings to discuss the forming of a rugby league club.

He attended the first meeting with Roger Utting and with no consensus 6 former first grade players and one official W Cole decided to form a separate club. Cottesloe was the third club to join the new league behind Fremantle and South Perth.

In 1948 Cottesloe, playing out of Cottesloe Oval, won the first knockout premiership. In the next 4 years the Tigers were to make each final series .

Alex was to move from captain of the first grade into the Presidents seat and it was from there in 1955 he guided, with Jack McKinnon as captain , the Tigers to their inaugural first grade premiership against the odds on favourite Perth.

They took on the Tigers emblem, gold and black colours and played out of Cottesloe Oval before moving to Harvey Field.