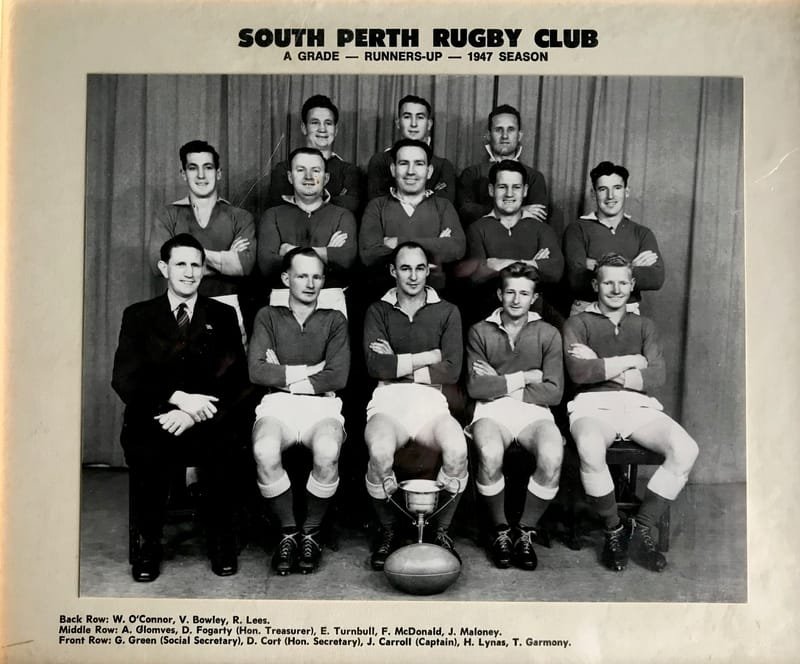 It was after the 1947 Rugby Union Grand Final between University and South Perth (won by University) that Bob Chester and Jim Carroll talked about taking an exhibition game to Bunbury.

The game was played at Bunbury Sports Oval with Roy Williams making the trip to referee the game.

Two carriages were reserved on the Australind Express and the tour started on Saturday morning. Gordon Squire, from Fremantle Rugby Union Club, was on the tour. The match was played with its normal toughness and many players (and spectators) were not standing at the end.

The score was not recorded. It was an extra good Rugby Trip away from all accounts. During this trip Gordon Squire and Roy Williams were lobbying amongst the players to get Rugby League started in the state. University, out of tradition, were not interested but South Perth show a keenness to try the new code.

Many of the South Perth players were ex-servicemen who had come in contact with Rugby league during the war and had played the game between the Navy, Army and Air Force.

After this tour, Alf Schaffer , along with Ken Allen, and Gordon Squire met at Roy Williams house at 35 Stubbs Tce, Daglish and the seeds were planted for the beginning of Rugby League in Western Australia.

As mentioned in 1947 a number of like-minded rugby players decided to develop the game of Rugby League in Western Australia.

Many of them played and saw the game of rugby league being played while in the services in New Guinea and decided that the game was a far more open form of rugby.

These are the 1946 and 1947 teams that contained many of those brave men who took the plunge and stepped out onto Langley Park on the 17th April 1949. 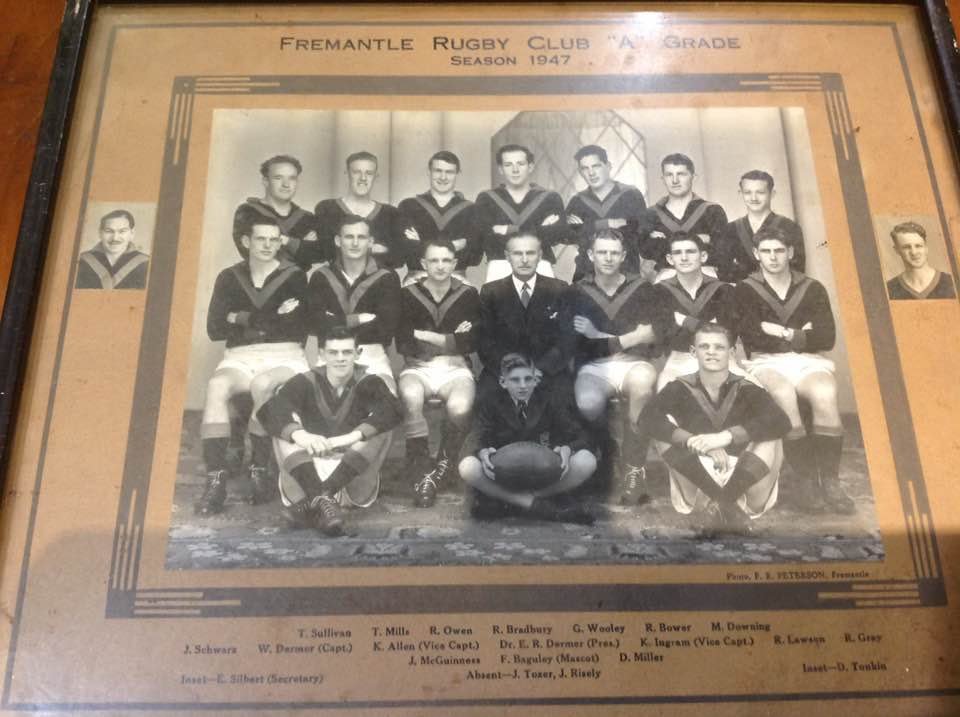 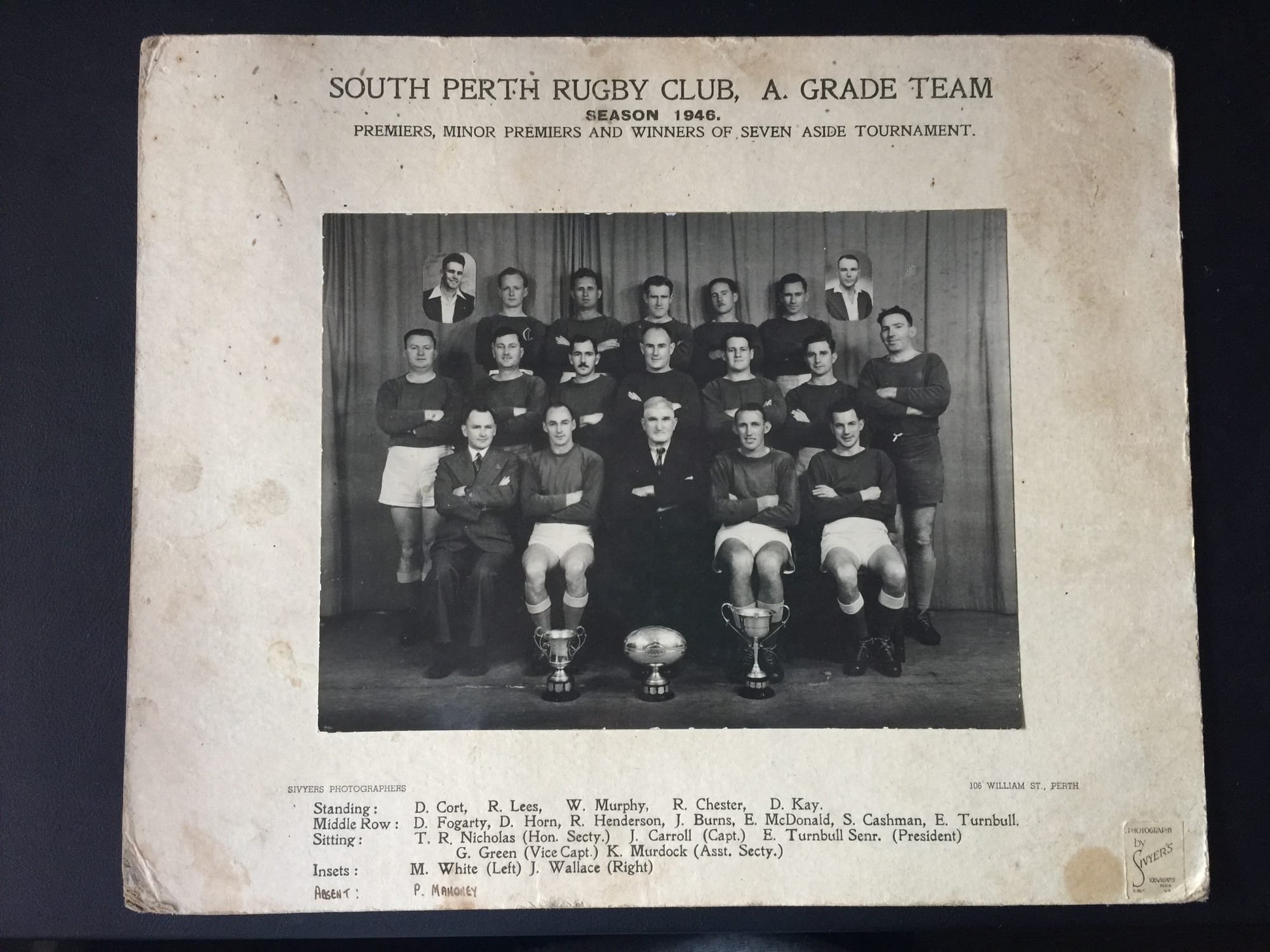 The Park Hotel - It was in February 1948 when the Fremantle Rugby League Club was established and the first meeting was held at the Park Hotel in Parry Street, Fremantle.

Among the men at the meeting were Gordon Squires, R.W. Baguley, W. Watkins, Dr E.R. Dermer and Mr Hudson Taylor.

Meetings were also held during the 1947 season at Barney Silbert's shop in Fremantle with the goal to establish a Rugby League competition in Perth. 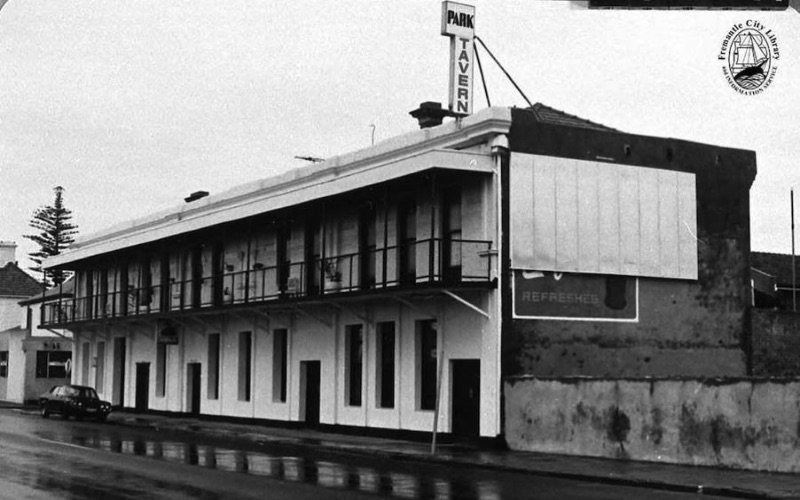 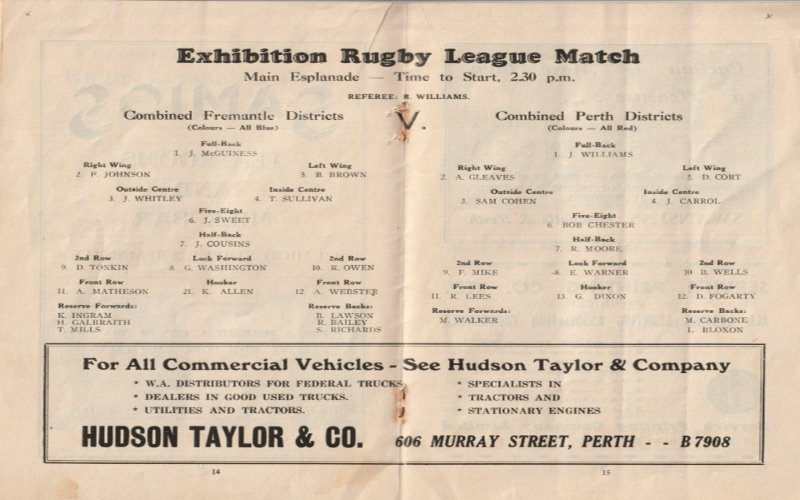 Prior to 1948 South Perth was a Rugby Union Club which formed in 1935 through an amalgamation of three City Clubs. It had a distinguish record in the WA rugby union with many premiership won.

In January 1948 a special meeting of the South Perth Rugby Club was held at the Mends street Hall on Mill Point Road. There were 82 players and supporters present.

The meeting was to discuss the changing over to the new game, Rugby League, from Rugby Union which players and members had gradually become disenchanted with.

The vote was put and it was a unanimous decision to switch over. South Perth Joined Fremantle, Cottesloe, and Perth as the foundation clubs. 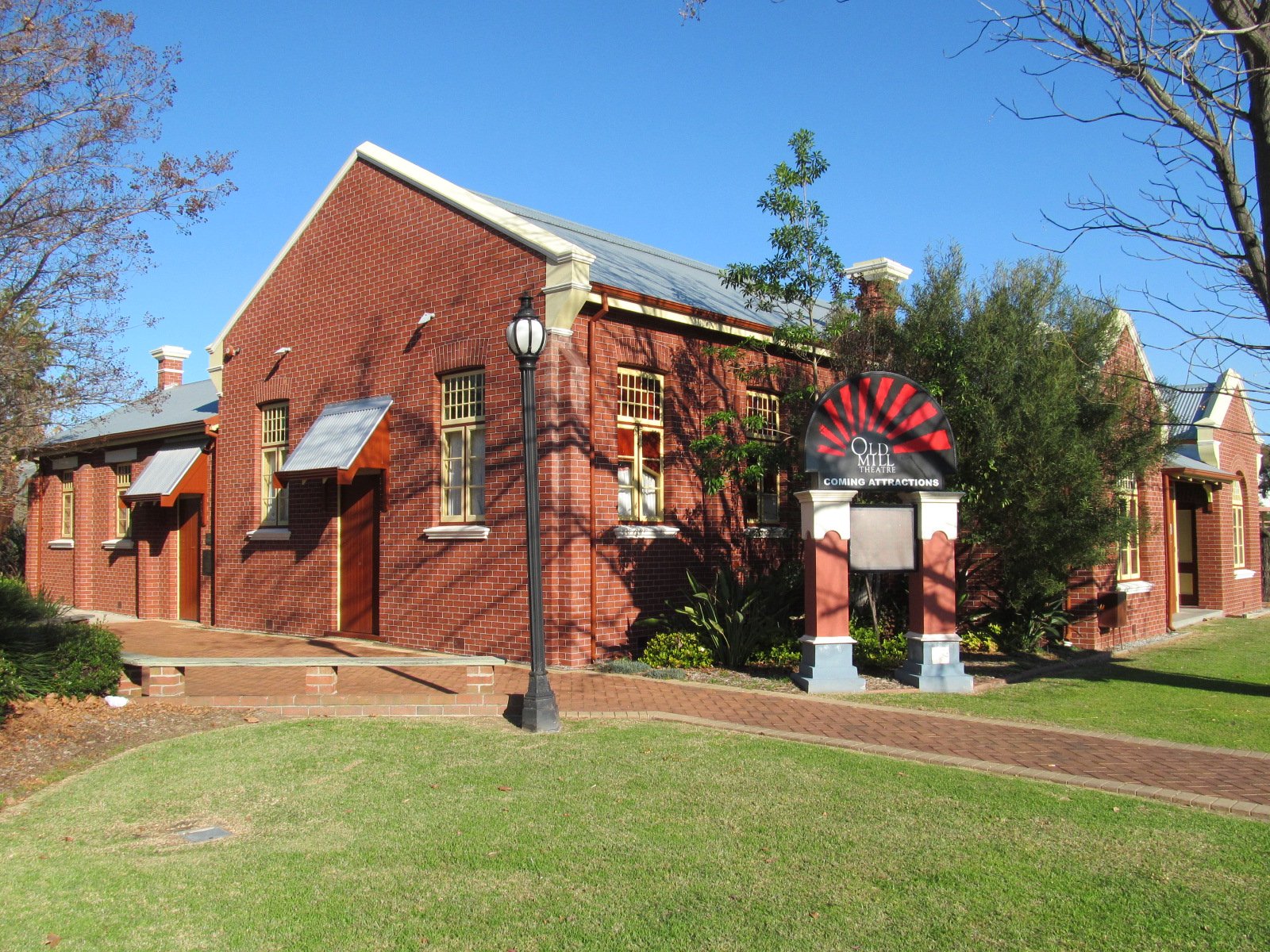 Meetings were held at Charlie Matheson's house in Cottesloe and eventually the vote was put to the whole of the Cottesloe Club at Harvey Field clubrooms in a special general meeting.

The members were reluctant to take the whole club to Rugby League so it was decided to form a new club.

A number of players switched over and the sole official to join the new club was William Cole. It wasn't long before the club had enough players and the Balmain Tiger colours were selected after Vic Hodgkiss donated 10 pound to the cause.

The club played at Cottesloe Oval until a shift in 1977 to Nash Field in Mosman Park. 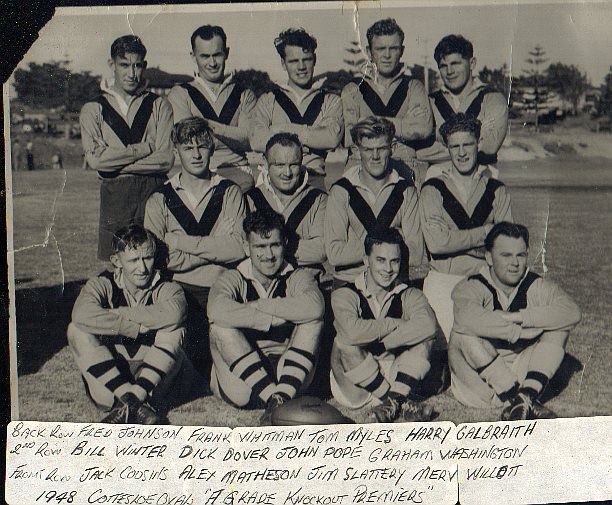 After a series of meetings the Perth Rugby League Club was formed and joined the other three clubs in the season kick off in April 1948. Sam Cohen, Norm Stolberg, Merv Jenkins, Ray Moore and Bert Wells were the drivers behind the Perth club and they adopted the Rabbitohs colours. 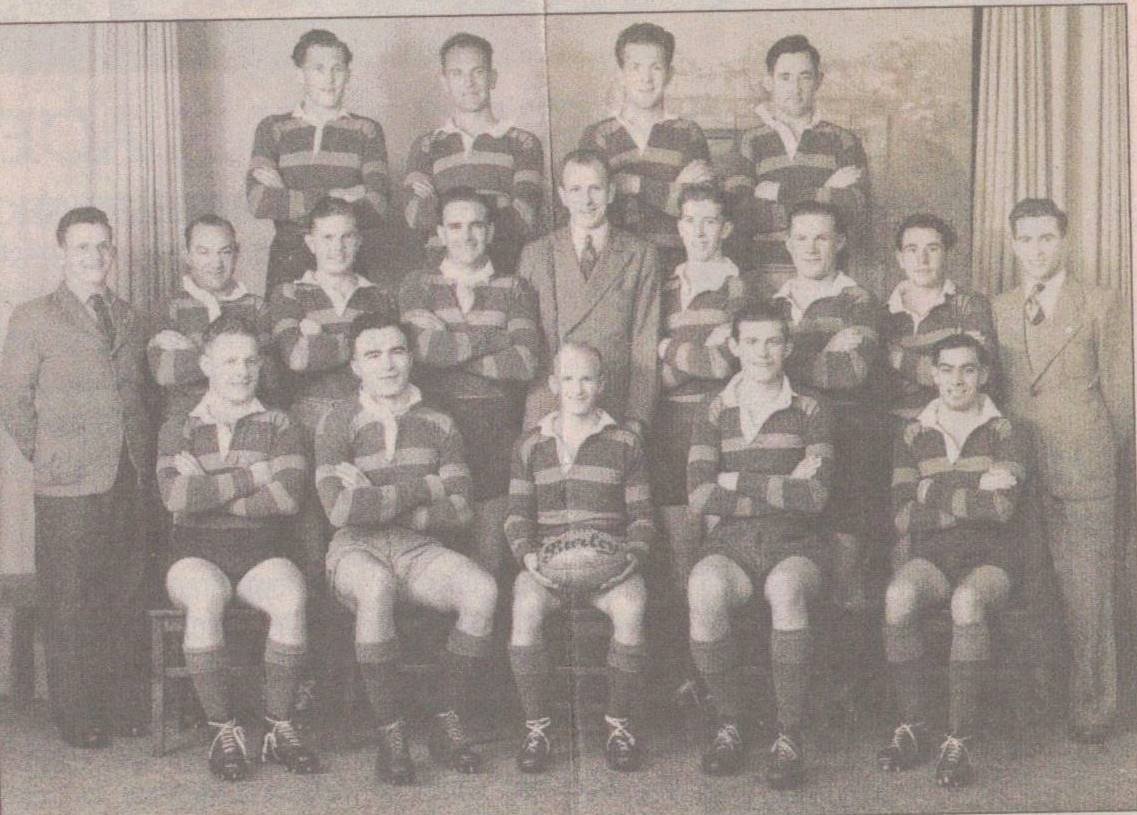